Timo Landener
Food & Beverage
Tempo di lettura: 5 minuti
At Swisslog, we are always looking to the future to help our customers prepare for what’s next.
Recently, we conducted a deep dive into the food supply chain and how it could evolve in the coming years. In this post, we’ll review six mega trends with the potential to drive change in food production, distribution, and retailing. In a follow-up post, we’ll look at the role automation can play in enabling the evolution of the industry in response to these trends.

Probably the biggest threat to food production in the coming years is climate change. Like most industries, farmers and other food producers face the challenge of finding solutions to reduce the production of gases that contribute to climate change. In the US, agriculture accounts for about 10% of total greenhouse gas emissions. Reducing this impact could require significant changes to both traditional farming practices and equipment.
But agriculture’s relationship to climate is also more complex than most other industries. It isn’t only a contributor; it’s also a victim of the changes that are occurring. Rising temperatures, changes in rainfall patterns, and more frequent wildfires are just some of the consequences of climate change posing a threat to  agricultural production in various parts of the world.
This is occurring while food producers must also deal with the soil degradation that has resulted from years of monocultural agriculture. This degradation is another threat to the productivity of farmland. Countering it by continuing to increase fertilizer use will only compound issues related to the impact of farm runoff on water sources.
So, farmers are facing more difficult growing conditions while needing to make changes in the established processes that are helping create those condition (and those changes pose their own set of financial risks). In addition, while it is wrestling with those challenges, the industry must scale production to support population growth.

2. Meeting the Needs of a Growing Population

Current farming practices are land and water intensive while also relying on chemical insecticides and herbicides that can damage the environment and may be unhealthy for humans.
Traditional approaches to scaling production rely on converting forest land to farmland, but that will increase agriculture’s environmental footprint while simultaneously depleting the ability of the planet to absorb carbon dioxide. With the global population expected to grow by 3 billion people by 2050, the industry must find ways to scale production that don’t magnify the climate, water scarcity and water quality issues that already exist. This growth is also expected to be concentrated in urban areas, creating new distribution challenges.
Clearly, the industry needs to explore alternative production models that will enable additional capacity at lower environmental impact, similar to the role renewable energy is playing in the energy industry today.

One potential solution to meet the food needs of a growing population may be found by addressing a major inefficiency in today’s food supply chain. It’s estimated that 30% of the food produced is wasted at various stages of the supply chain and in the homes of consumers. If this trend could be reversed, enough food would be saved to feed 2 billion people or reduce global emissions by 8-10%.
Interestingly, the cold chain may be part of the food waste solution as frozen foods are much less likely to be wasted than fresh foods. Frozen foods are more energy-intensive to store and transport, but recent research concluded that frozen food is less CO2 intensive than fresh food when production, storage and food waste are considered, primarily because food waste is so much lower.
Another potential solution to food waste may emerge in an unusual form. Because of the high environmental costs associated with producing animal feed, some organizations are experimenting with farming insects to provide a sustainable source of protein for animal feed. These insect farms can use food waste to feed insect larvae that are then converted to protein to supplement animal feed. There are obviously some social barriers that must be overcome before this practice is widely adopted, but insect farming does have the potential to convert 1.3 billion tons of bio-waste into protein each year.

Indoor vertical farms can save 90-99% of the land, water and fertilizer used in traditional farming and require no pesticides or insecticides. Because it’s so space efficient, it also supports moving production closer to consumers, reducing transportation requirements and meeting growing consumer interest in foods produced locally.

The changes that have emerged in food consumption habits in recent years are likely to continue to grow and become more of a force in driving changes in the food supply chain.  These include the growth in organic products, an increased preference for locally sourced foods, and growth in the number of consumers identifying as vegan and vegetarian. Twenty-six percent of millennials, the largest consumer demographic today, are eating vegan or vegetarian.

The current food supply chain, which depends largely on centralized production of crops that are transported long distances to retail stores, may not be well suited to meet the demands of these consumers, creating opportunity for smaller producers serving local markets.

We’ve managed to get this far in our review of trends without mentioning the global pandemic, but there is no denying the pandemic created changes that will have a lasting impact on the food supply chain. One of the most significant was the acceleration of e-commerce in grocery retailing. Demand for e-grocery services exploded during the early days of the pandemic and there seems to be no turning back now.

That’s because e-grocery services didn’t just address consumers’ concerns about safety, they tapped into latent consumer dissatisfaction with grocery shopping. Half of consumers say that they feel stressed by shopping in stores and e-grocery services have the potential to alleviate that stress if grocers can refine ordering and fulfillment processes to deliver a more seamless and hassle-free experience. Simultaneously, the retail experience will continue to evolve to become more relaxing and experiential.

Preparing for What’s Next

The hardest thing about predicting the future is getting the timing right. As a society we tend to overestimate the amount of change that can happen in a year and underestimate the change that is possible within ten years.

Several of the trends presented here pose real threats to the food supply chain and may require significant government and private investments to minimize their impact. But the alternative of simply ignoring these trends is becoming less feasible. We need to begin to take steps to prepare for the future of the food supply chain and that future will almost certainly rely more heavily on automation, which will be the subject of our next post. 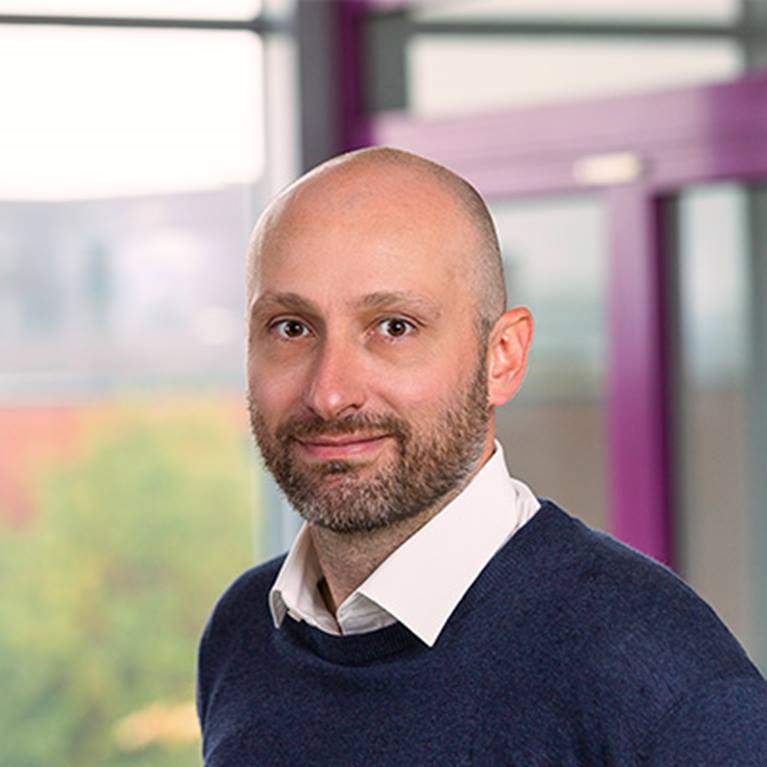 Swisslog’s SynQ software uses an event-driven mechanism to adapt to decisions in real time, and provide additional flexibility to customers and automation users

Enhance the productivity of human workers, create innovative environments that attract skilled labor, and improve workplace safety and ergonomics for

Four Trends Shaping Material Handling in 2022 and Beyond

Will 2022 be another busy and dynamic year for warehouse operators and their automation partners?